“In the Grey Zone” featured prominently in Orlando press 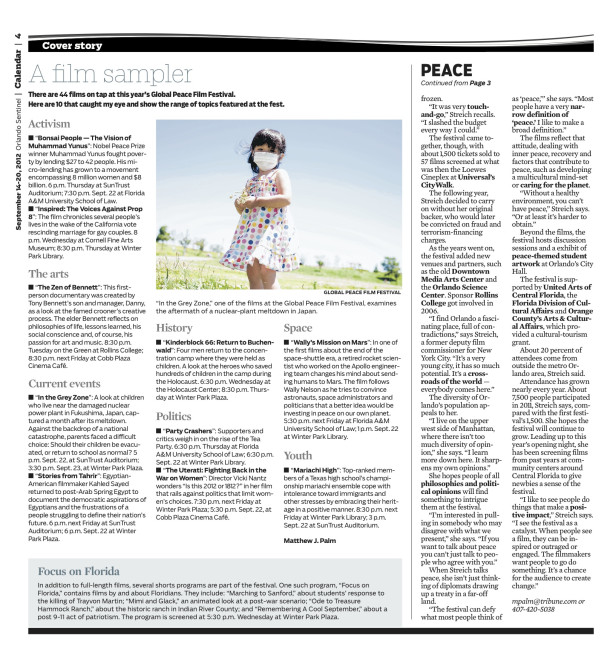 The Orlando Sentinel, in its continuing coverage of the Global Peace Film Festival, has included Ian’s documentary “In the Grey Zone” in a September 13, 2012 article that lists the “10 (films) that caught my eye and show the range of topics featured at the fest”.

Additionally, in the print edition of the two-page article ‘Peace x 10’, also published September 13, 2012, the still photograph (by Katsuyoshi Ueno) and the description of “In the Grey Zone” were prominently featured (Page 4 grab above, Page 3 grab below, web version here).