Ian to attend Dutch and UK premiers of ‘Boys for Sale’ 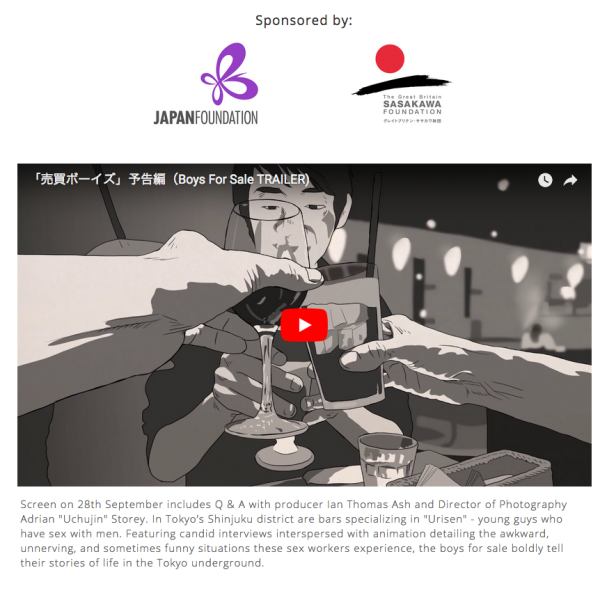 Boys for Sale, on which Ian served as Executive Producer, will hold its Dutch and UK premiers at film festivals later this month.  Ian is scheduled to be in attendance at both festivals where he will also participate in post-screening discussions.  More information on the screening in Rotterdam’s Camera Japan Festival can be found here, while the film page for the screening in London’s Raindance is here.  The website for the film, which also includes the trailer, is here.