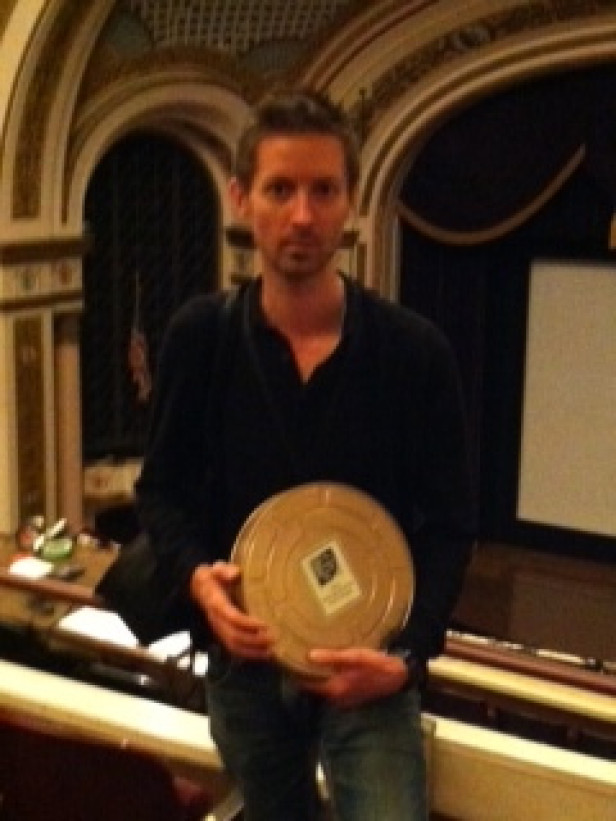 The 2012 Rhode Island International Film Festival ended today with an awards ceremony at the historic Vets theatre in Providence.  During the ceremony, Ian was awarded with the “2012 Filmmaker of the Future” award.

The list of Audience Choice Awards has just been published, and in addition to the “2012 Filmmaker of the Future” award, Ian’s film “In the Grey Zone” (published under the Japanese title “Gurei Zoun No Naka”) was awarded the First Prize for Best Documentary.  A complete list of the awards can be found by clicking the link above.