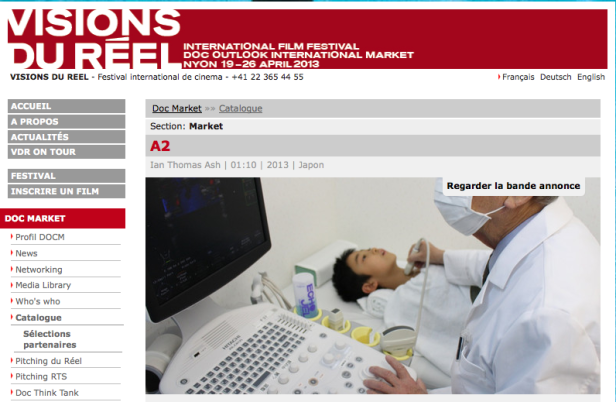 ‘A2’ (70 minutes, 2013, Japan), about the increasing number of children in Fukushima found to have thyroid cysts and nodules following the nuclear meltdown, will be showcased in the 2013 Visions du Réel International Documentary Film Festival Doc Market in Nyon, Switzerland.

The Doc Market, which runs during the festival from April 19-26, consists of 350 documentaries selected by the Visions du Réel programmers to be offered on demand to distributors and festival programmers.